After the summer campaign "Find love at first sight in a shelter", Animal Friends Croatia and the Animal Protection Network which brings together more than 50 animal protection associations, present a new campaign called "Dogs and cats don’t know how to add, but they know how to breed!" With attractive visuals on billboards placed throughout Croatia, they vividly warn of the over-breeding of dogs and cats, which is the main cause of animal abandonment. They state that in seven years only one female dog and her offspring can give birth to 67,000 puppies, and only one cat and her offspring can give birth to as many as 420,000 kittens!

"There are more than 30 animal shelters in Croatia and a large number of animal protection associations that take care of abandoned animals. Everyone has the same problem: the lack of castration results in a huge number of puppies and kittens being abandoned by irresponsible caregivers. This causes great suffering to animals because such puppies and kittens, left at the mercy of the street, often die in the worst torments. During their many years of animal protection, the volunteers of the associations observed everything - from being eaten alive by worms to trampled and seriously ill puppies and kittens. This campaign is therefore aimed at solving the cause of the problem, which is the uncontrolled reproduction of dogs and cats", Animal Protection Network points out.

Animal Friends Croatia adds that, as part of the campaign, they sent free preparation for printing leaflets to all cities and municipalities, which they can print and distribute with regular utility bills: “Such a practice has already proven excellent. Local governments thus, without great expense, fulfill their legal obligation to educate the public on animal protection."

By informing about castration through leaflets and billboards, the associations also break down prejudices related to this most effective tool for reducing the number of abandoned animals. Veterinarians recommend the castration of male and female animals before the first drive and confirm that the animals will therefore not lag behind in growth, change the character or gain weight unless we feed them excessively. They indicate that castration is a routine procedure after which the animal does everything on its own after a few hours, and castrated animals live longer and are protected from potentially deadly diseases such as breast and uterine tumors, pyometra, sepsis, prostate, and testicular cancer.

Associations from the Animal Welfare Network explain that castration prevents not only the uncontrolled increase in the pet population, which is extremely difficult to adopt but also the psychological suffering of the animal - its depression, aggression towards other animals, and running away from home to satisfy its instincts. Discarded uncastrated animals are doomed to wander, starve, thirst, and be exposed to all weather conditions, illness, and death from vehicle crashes, poisoning, hunters, or the abuse of psychopathic individuals.

Animal Friends Croatia calls on cities and municipalities to follow the examples of many other local communities that have already prescribed permanent neutering and those that regularly co-finance the costs of neutering dogs and cats. They also warn all citizens of Croatia of the obligation to control the reproduction of pets, prescribed by the Animal Protection Act.
“Apart from the dogs and cats you take care of, neuter the street cats and return them to the place where you took them. Don't buy animals, but adopt an abandoned dog, cat, or rabbit." 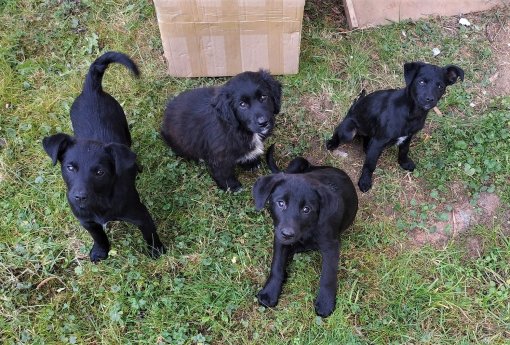