Based on the reports received, the Animal Friends association sent a report to the State Inspectorate and requested an inspection of the Sretna Šapica (Happy paw) shelter for abandoned animals in Slavonski Brod.

Namely, according to information from the reports, the dogs in the shelter are not castrated and have been mating with each other uncontrollably for years. Female dogs are abused and mistreated by several uncastrated males who fight for the females thus the dogs have traces of physical injuries. Moreover, it is not known where the puppies ended up, and the shelter gives up for adoption non-castrated animals.

The Animal Protection Act stipulates that all animal shelters "must ensure the permanent sterilization of found dogs and cats unless the animal is marked so that it is possible to find the owner and return the animal". That's why Animal Friends requested an urgent inspection to determine whether the shelter operates in accordance with the Animal Protection Act and the Rulebook on the conditions that animal shelters must meet and whether the information entered in the Unique Information Center for Lost and Abandoned Animals, in which shelters are required to enter all records of all animals received, including information on castration, is verifiable.

In 2020, Animal Friends requested a review of the work of all shelters in Croatia, with a particular emphasis on checking castrations and enrollment in the Unique Information Center, but this apparently did not happen. They strongly condemn any mistreatment of animals in the shelter. They stand for openness towards volunteers and the public, as well as transparency in the work of the shelter, while the castration of all animals is the most basic obligation of every shelter which must be regularly and strictly controlled.

The Association also states that many shelters in Croatia lack transparency and traceability and are not open to citizens and volunteers, which is devastating: "The reason for the existence of shelters are irresponsible citizens who do not castrate and who abandon animals and their offspring. This is precisely why shelters must have the highest standards in the treatment of animals since they are already suffering due to human irresponsibility."

The Animal Protection Act and the Rulebook on the shelters with the explanations of the changes can be found HERE, as well as a link to the Unique Information Center where you can easily check whether all shelters castrate all the animals they care for. 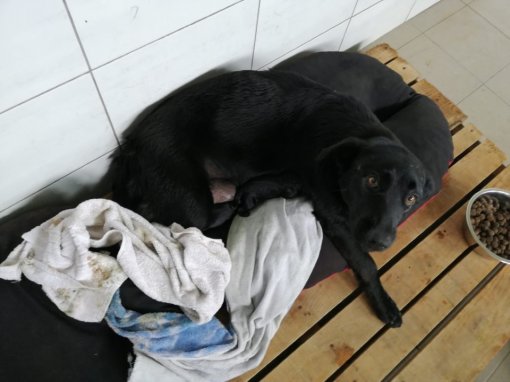