In cooperation with a number of pizzerias in Croatia, Animal Friends is celebrating this year's Meatout!

For this occasion, celebrated all over the world on March 20, we're encouraging pizzerias to introduce a vegan pizza on their menu—that is, a pizza without ingredients of animal origin.

On March 20, 2017, you can try vegan pizzas during this special event in the following pizzerias:

Besides pizzerias, Soyarnica has also joined the campaign. Get 25% off on orders on the March 20!

For culinary delights: Vegan food is delicious, and it opens new culinary horizons.

For weight-loss and health: The start of spring is an ideal time to shed heavy clothes and excess weight. A pizza with vegan cheese, or without cheese altogether, is a lighter variety of non-vegan, traditional pizza. It's rich in fibers and equally delicious!

To try something new: If you haven't yet, it's time to try a vegan pizza. You'll be glad you did!

To escape addiction: Research conducted at the University of Michigan showed that cheese can create an addiction similar to drugs, which is not the case with vegan cheeses in vegan pizza.

For the environment and the planet: Animal agriculture creates greenhouse gases, produces enormous quantities of manure, and contaminates water and land. Ecologically and environmentally, vegan pizza is far more acceptable.

To save lives: There's no animals on a vegan pizza, so you are saving someone's life with every bite!

Remember: March 20th, 2017, join us in celebrating Meatout and visit some of these pizzerias! Let the arrival of spring jumpstart the changes in your life! 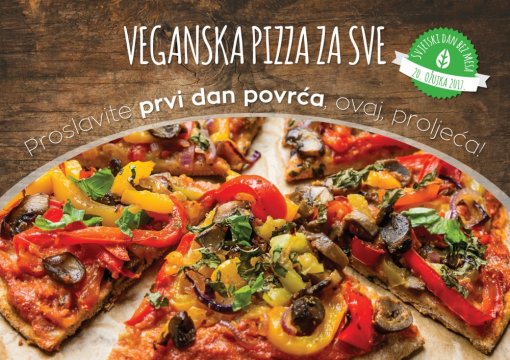 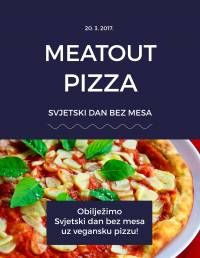